The hip joint is essentially a ball and socket joint. The socket is known as the acetabulum and is part of the pelvic ring.  The pelvis in turn is connected to the spine  via the sacrum.  The end of the sacrum is formed by the coccyx.

The Acetabular socket is in fact a horseshoe shaped structure with a small fovea or indent in the middle, to accommodate a ligament (ligamentum teres) which attaches to the end of the ball or femoral head.  The ball is attached to a neck which in turn attaches to the shaft of the thigh bone or femur.  The ball is covered by a layer of cartilage as is the socket. Subchondral bone supports cartilage.   The hip joint is encapsulated by a dense connective tissue capsule with certain thicker zones that form discrete ligaments. These ligaments, numbering three, tether the femur to the pelvis and tighten the capsule with certain movements of the femur. The capsule forms a waterproof compartment for the hip joint and is lined by a membrane called synovium.  The synovium produces lubrication fluid for the joint.  This fluid is called synovial fluid.  When there is inflammation in the joint synovium is irritated and produces more fluid. Attached to the rim of the socket and just inside the capsule is a specialized ligament known as the labrum. The labrum forms a seal around the femoral head.  It is an essential component of the mechanics of the hip joint because it stabilizes the joint by "sucking" on the head. It also traps a thin layer of fluid between the cartilage surfaces and helps deepen the socket in order to create a larger surface area to accommodate the impact forces through the joint, thus protecting cartilage. 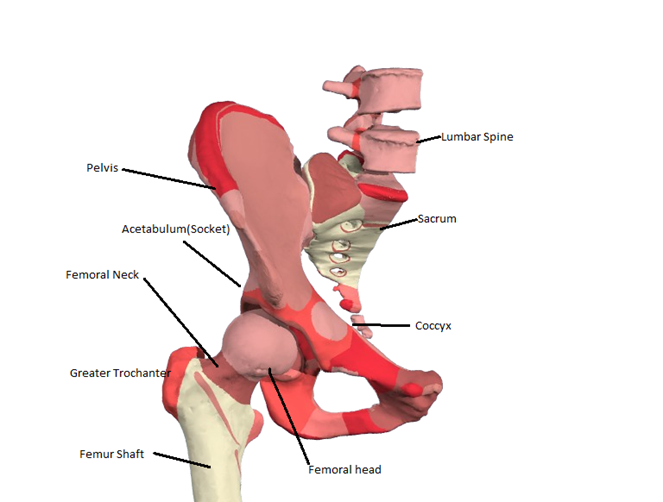 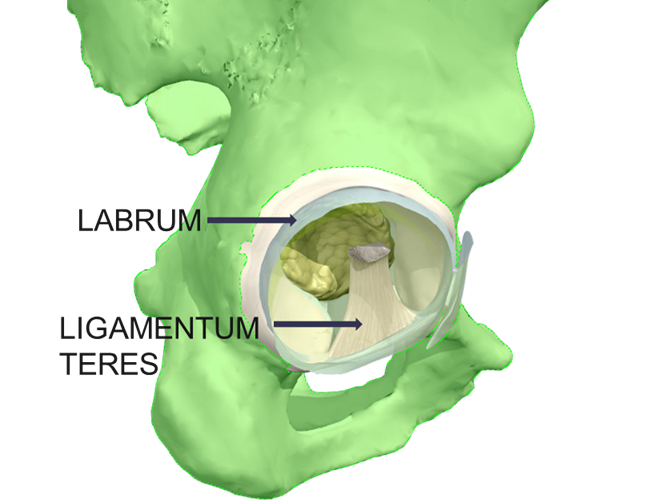